Born in the Asakusa district of Tokyo.​

Hisayo learned Japanese traditional dance from the age of 3. She became a master of the art performing under the name​ "AOYAGI MITSUSUKE". Also proficient in Japanese calligraphy “BAIHAN”, and flower arrangement “KAORI”, she became ​well-versed in kimonos since her childhood. The unique combination of fabrics, colors, and patterns creates a way of "reverse thinking" resulting in the creation of a completely different dimension of kimono. She is a leading kimono designer, unlike any other designer in the kimono world.​
This year marks the 24th year of the "Fashion Show where you are the star,” which aims to spread awareness and appreciation of kimonos, ​as well as Japanese culture, to the general public. Since last year, it has been subsidized by Japan’s Agency for Cultural Affairs for making a significant contribution to arts and culture of Japan.​ 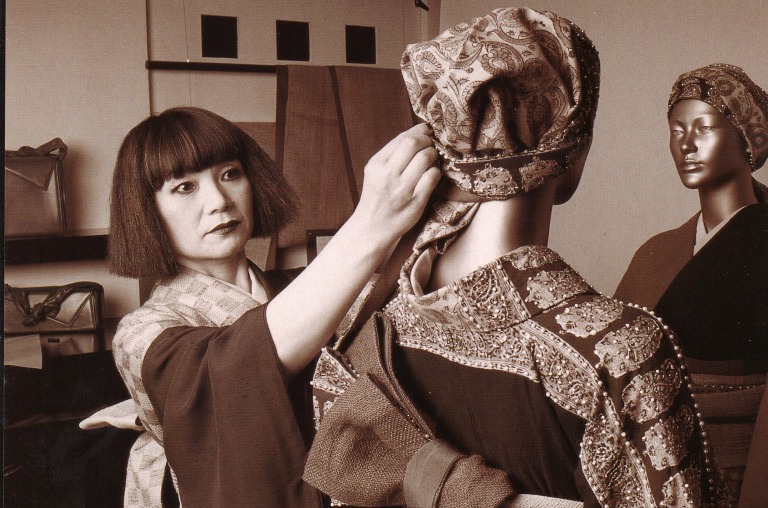 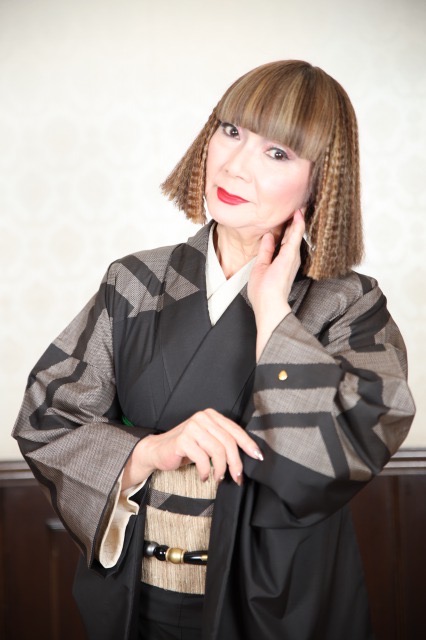 1972:
Opened a second-hand kimono street stall in Sugamo, to learn the art of kimono.

1977:
Bestowed the name "Hisayo Shito" from the chief priest of Denzuin temple. Made her debut as a “kimono designer” full of new ideas.​

1998:
Held the first “Fashion Show where you are the Star” with the aim of promoting kimonos to the general public. The show has run​ for 24 years.​

2005:
Produced original kimonos per request from Michael Jackson. He regrettably passed while she was working on the third kimono.

2016:
Participated in a fashion show at the “Jafrican Entertainment/ Africa Year 0” event that fused Japan and Africa through entertainment.​

2019:
Crown Prince Hamdan of Dubai visited the store and purchased a kimono, which he posted on his Instagram account (with 14.37mil. followers worldwide.​ 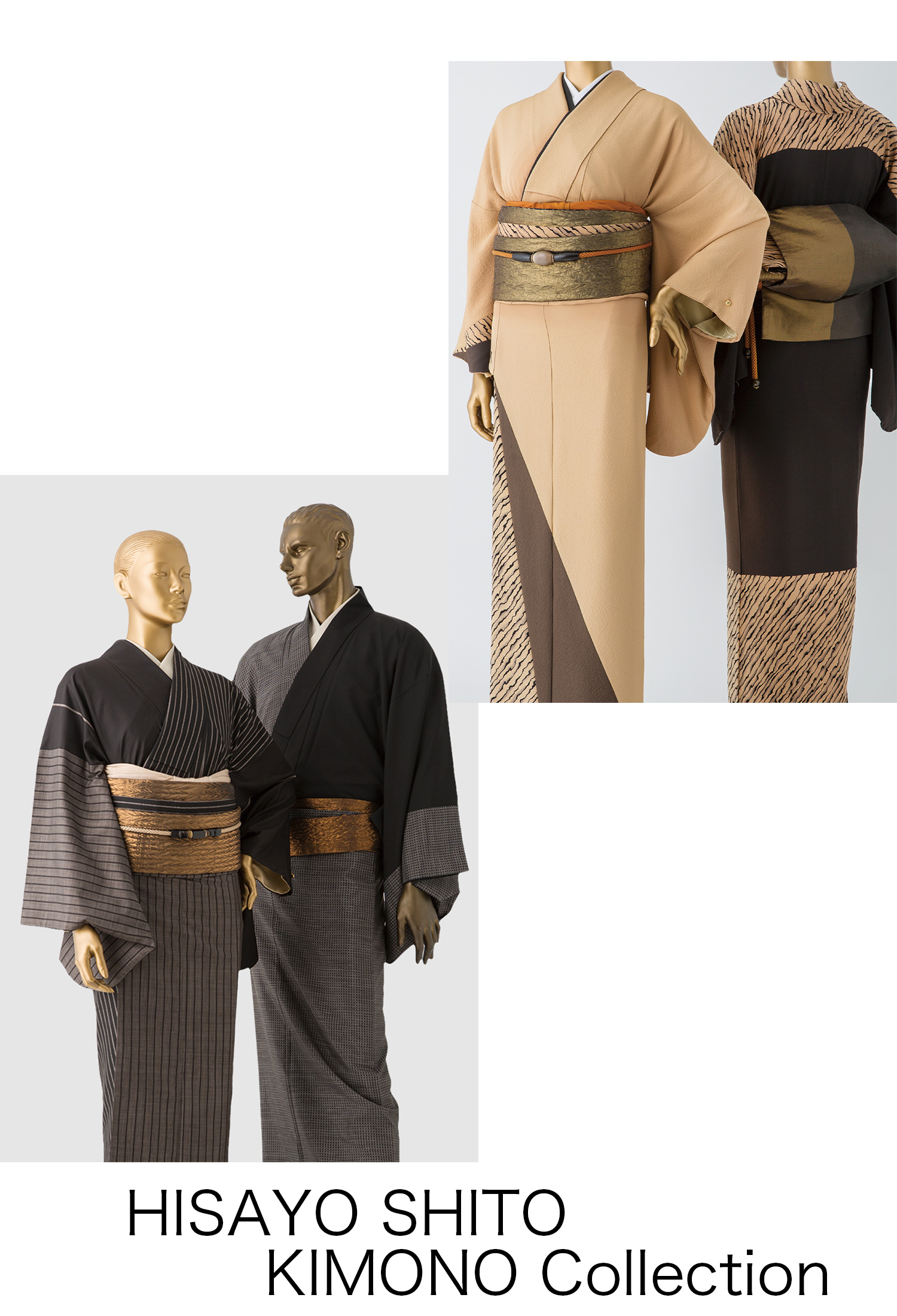 AAAPARE – The origin of the brand name comes from the Japanese word “Appare!”

・This can mean “surprisingly splendid,” “wonderful,” or “excellent.”​
The word is used to express praise.​

To express the true essence of luxury, the letters are a beautiful gold color. And the purple, geometrical “J” surrounding the brand name, represents JAPAN, as well as the unique, Japanese color “Edo purple”. The kanji “紫“ which means purple, is part of the name “紫藤尚世/ SHITO HISAYO”, sharing a message of true Japanese culture with the world. 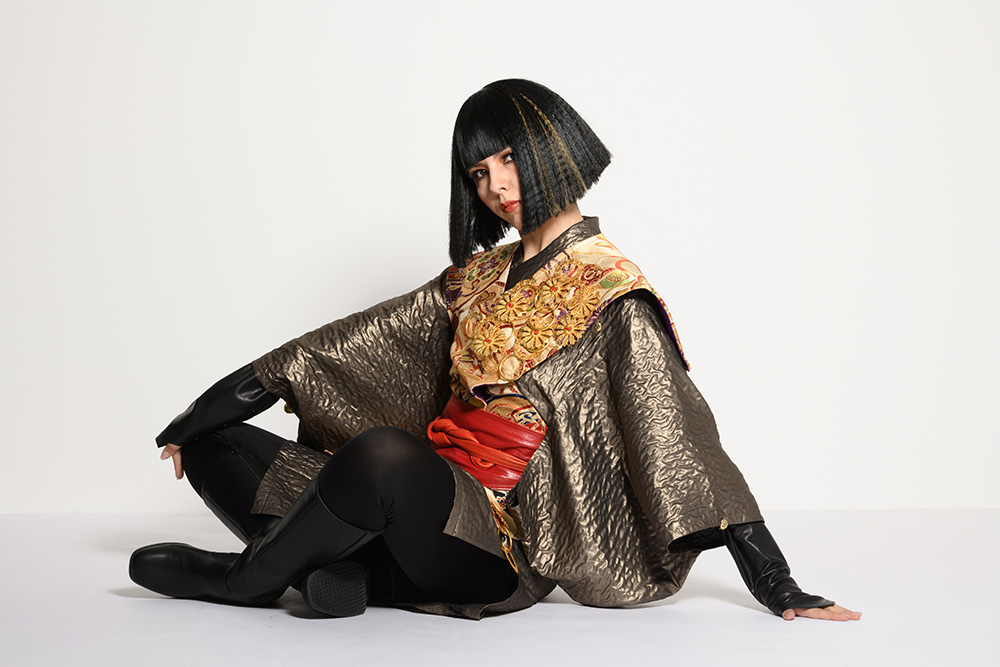 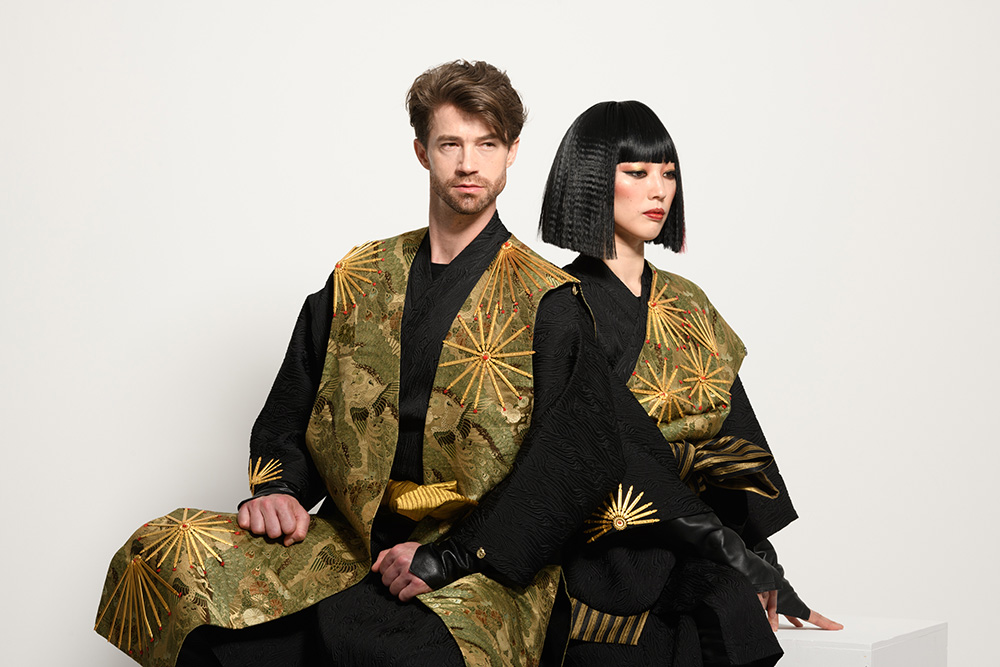 The kimono, a symbol of Japanese culture, was mainly worn during the Edo, Taisho, and Meiji periods. Many dignified works have been created by artists and kimono designers.​

With the desire to share the love of kimonos to more people, we present to you this brand. This cutting-edge kimono brand employs the unique Japanese techniques of sewing and dyeing fabric,as well as employing exquisite embroidery, reaching new heights of kimono craftsmanship.

The luxury kimono brand AAAPARE is in tune with the current needs and trends in the apparel industry.​

It addresses the problem of wasted materials.

The kimono, which embodies Japanese culture, is totally redesigned.

You too, can now WEAR A PART OF HISTORY.

That is the message of Sustainable Development Goals, or SDGs, that AAAPARE wishes to spread throughout the world.​

A new brand is born - where one can enjoy all that kimonos offer, without the hassle of traditional kimono wearing etiquette.​ 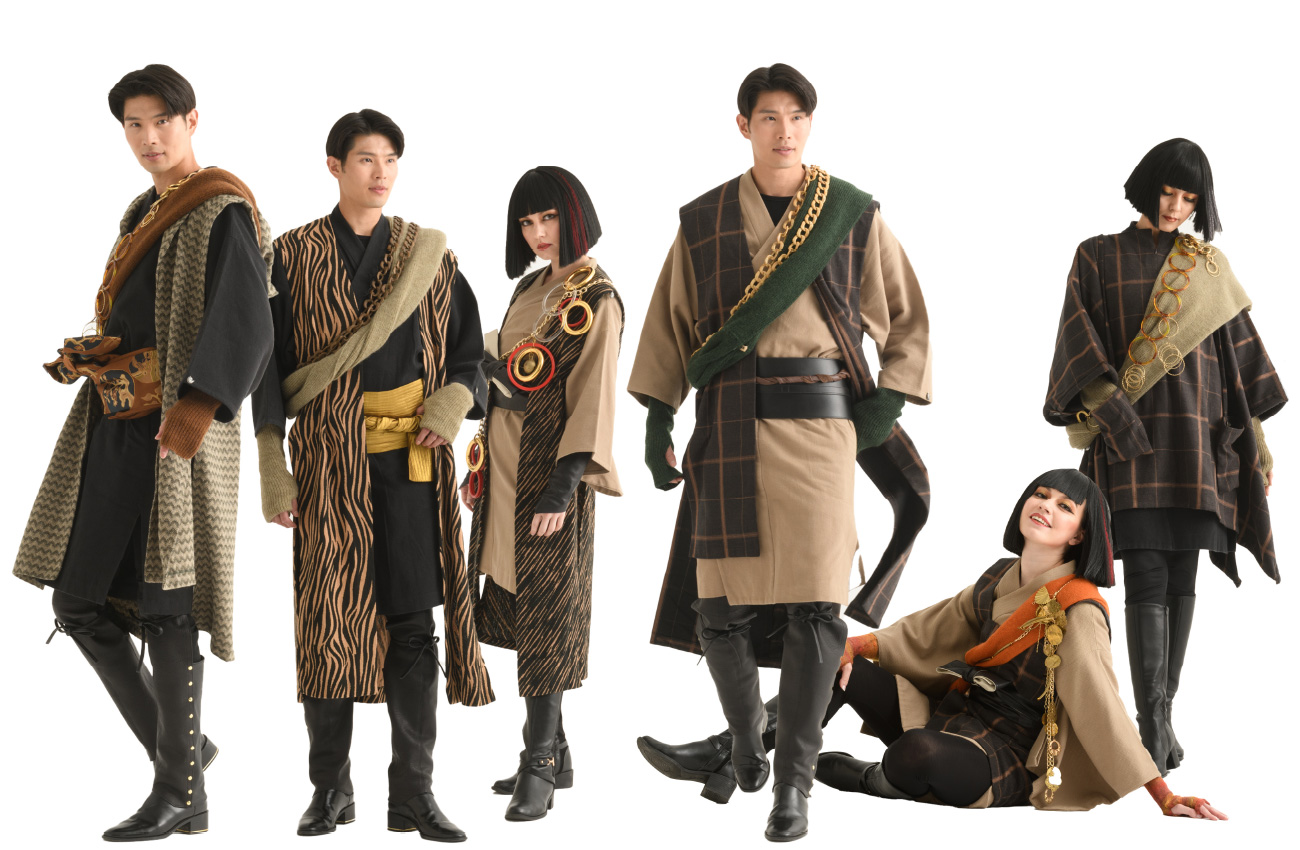 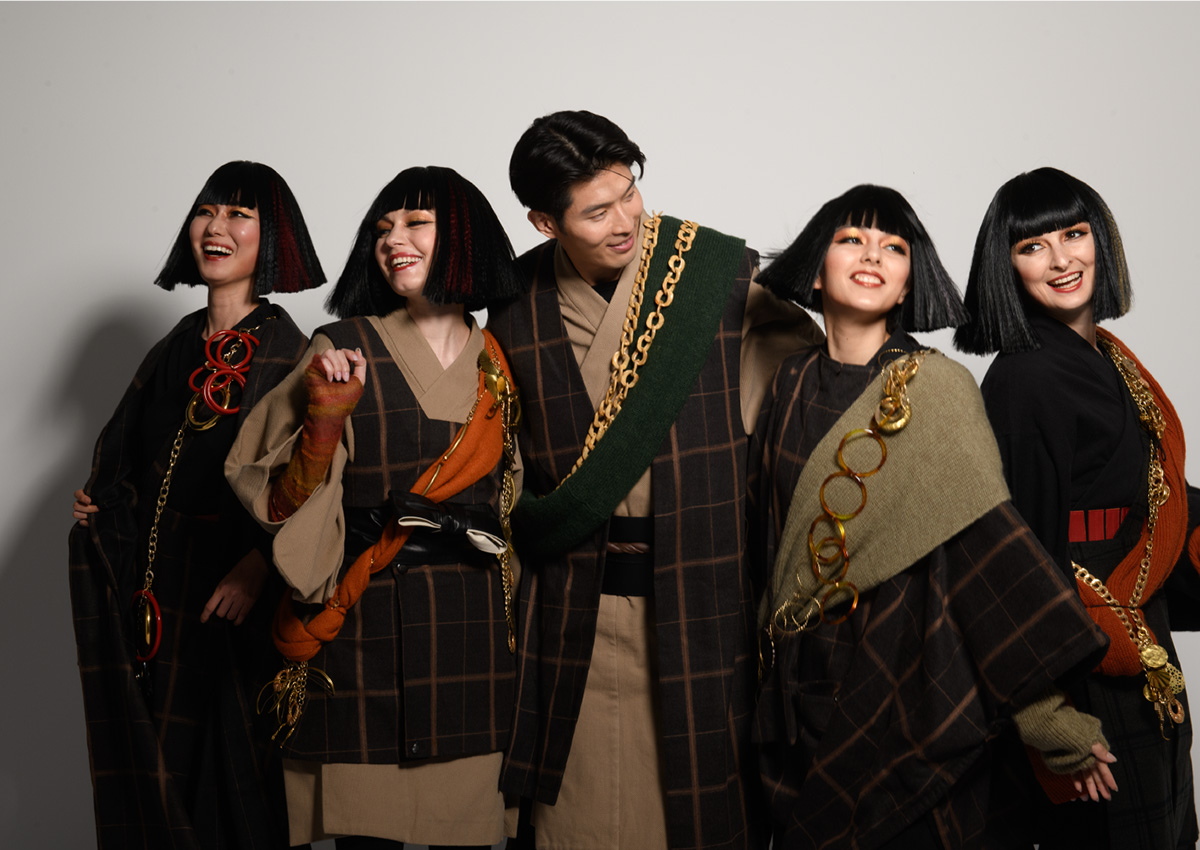 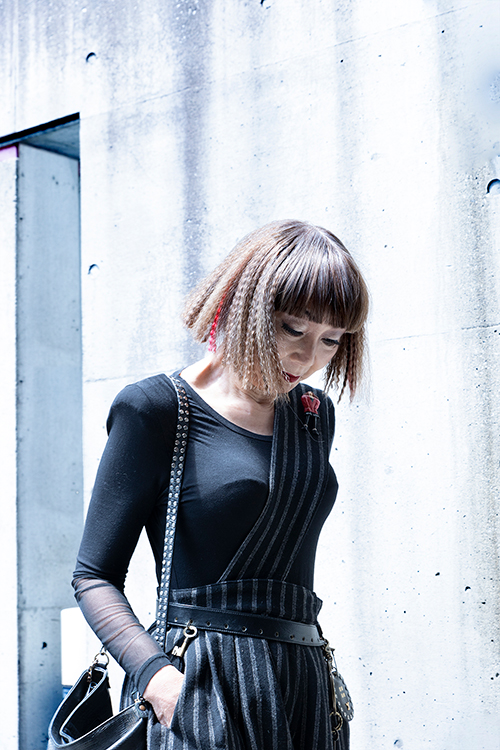